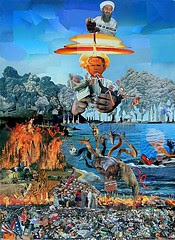 Posted by Alfred Charles Snider at 10:22 AM

I have been producing and collecting since 1979. Your choice and structure is un-matched by anybody to date. You have excellent taste and this is a rare treat you have offered. Thanks for taking the time to post the entire collection for the public.

At last, I found this article once more. You have few [url=http://tipswift.com]useful tips[/url] for my school project. This time, I won't forget to bookmark it. :)