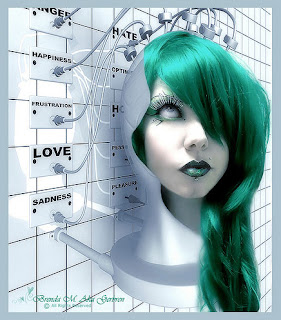 This show is composed of a digital tape from the sixth Industrial Strength Dance held down at Border, featuring Marvin X & 174K2, Bill Kirby's Escherhead, Astronauts in Grave Peril and then the Abdo-Men. I had promoted and organized the event. I also announced the groups and read some poetry at the end. The poetry had been produced by a "poetry tree" designed by Jayne Kennedy (acting as Autoreactive Reagant), where many paragraphs had been sliced up and hung from a small tree, and then those attending the show would pick some, arrange them, and post them as poems for the evening. I picked one I liked and read it at the end.

This was an amazing show, and it highlighted some of the finest of what Burlington was producing at the time, a real industrial music subculture with very little copying and a lot of originality. Big thanks to others who made this possible, including Brent Burke, Jayne Kennedy, Matt Sweet, Rick Knight and so many more. Plus the musicians, the late Bill Kirby, Stu Nelson and also those who always wished to remain anonymous (they shall continue to be so). Special recognition to that gifted artist, Bill Kirby, who committed suicide not long after this event. I still miss you, Bill.

Posted by Alfred Charles Snider at 4:12 AM