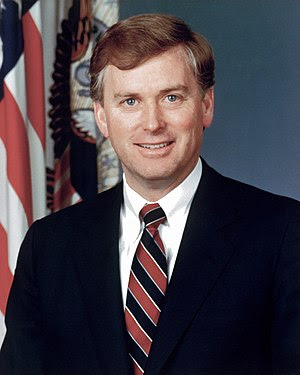 Image via Wikipedia
I was not happy about the vice presidential debate that had just taken place. Dan Quayle and Lloyd Bentsen? My anger was thus a generating force behind this radio program.