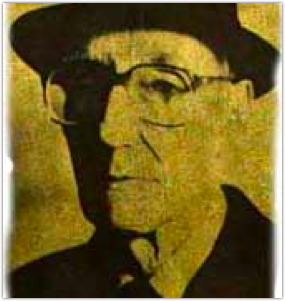 This radio program salutes William S. Burroughs, the writer, poet and cultural terrorist. He died 2 August 1997 in Lawrence, Kansas. His voice was probing like no other. His ideas blew apart the 20th century. Listen and enjoy.
Here is a passage about him from http://en.wikipedia.org/wiki/William_S._Burroughs

Burroughs is often called one of the greatest and most influential writers of the twentieth century, most notably by Norman Mailer whose quote on Burroughs, "The only American novelist living today who may conceivably be possessed by genius", appears on many Burroughs publications. Others, however, consider him overrated. Others still consider his concepts and attitude more influential than his prose. Prominent admirers of Burroughs's work have included British critic and biographer Peter Ackroyd, and the authors J.G. Ballard, Angela Carter, Jean Genet, William Gibson, and Ken Kesey.
Burroughs continues to be named as an influence by contemporary writers of fiction. Both the New Wave and, especially, the cyberpunk schools of science fiction, admirers from the late 1970s, early 1980s milieu of this sub-genre including William Gibson and John Shirley, to name only two. First published in 1982, the British slipstream fiction magazine (which later evolved into a more traditional science fiction magazine) Interzone paid tribute to him with its choice of name.
He is also cited as a major influence by musicians Patti Smith, Laurie Anderson, Pier Nine Brawl and Ian Curtis of the band Joy Division. He remains controversial because of his homosexuality, drug use, and the often criticized obscene or misogynistic tone of his works, though it should be noted that Burroughs's ideas about and attitudes towards women gradually became more friendly as he aged. Burroughs was regarded as being extremely intelligent and a generally quiet person.
The themes of drugs, homosexuality and death, common to Burroughs's routines, are taken up by Dennis Cooper, of whom Burroughs said, "Dennis Cooper, God help him, is a born writer." Cooper, in return, wrote, in his essay 'King Junk', "along with Jean Genet, John Rechy, and Ginsberg, [Burroughs] helped make homosexuality seem cool and highbrow, providing gay liberation with a delicious edge." Splatterpunk writer Poppy Z. Brite has also continuously referenced this aspect of Burroughs' work.
Burroughs's works continue to be referenced years after his death. For example, a November 2004 episode of the TV series CSI: Crime Scene Investigation included an evil character named Dr. Benway (named for an amoral physician who appears in a number of Burroughs's works). This is an echo of the hospital scene in the movie Repo Man, made during Burroughs's lifetime, in which both Dr. Benway and Mr. Lee (a Burroughs pen name) are paged.
The song "Seven Souls" by Material, which features Burroughs, figured prominently in the 2006 season premiere episode of "The Sopranos" entitled "Members Only."

Listen by clicking, download by right clicking on:
http://www.uvm.edu/~asnider/listen/cmk970821_burroughs.mp3
Posted by Alfred Charles Snider at 11:17 AM